I had a Dream 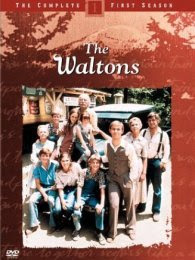 I remember when Marshall moved out. I had a huge case of "Empty Nest Syndrome". But.......

I had a dream last week. After finding out that my middle son,Wyatt, got laid off. He's a graphic designer/drafter. He's also the one with a wife, 4 kids and a mortgage.

Then, there are the Microsoft lay offs. Youngest son, Marshall, tells me it doesn't involve him but you never know.

Then, there is my Eldest son, Jerico, who works on a ship surrounded by racists that drive him crazy so he's nearly quit a dozen times.

Do you see where I'm going with this?

Do you remember the 70's and 80's TV series The Waltons? A story about a large family during the depression. Fav. line was "Good night, John boy".

Anyway...I have an urge to clear out the rec room so we can use it as bedrooms. There is room for at least 3 rooms if we divide it up.

Its beginning to look like a REAL depression. I'm getting worried. I hope Mr. Obama can work a miracle.
Otherwise its gonna be.. "Good night mama.. Good night Wyatt boy."
Posted by Anne Turner at 4:54 AM

Oh, that is so true. Right now, me and mine are living with my mom. Worst part, besides the lack of money, is the lack of yarn shops to browse! SOB!

Sorry to hear that. We're in hard times,for sure. We're just waiting to see what happens. Technically he's only been out of work 2 days. Fingers crossed!!