Wow, what a week 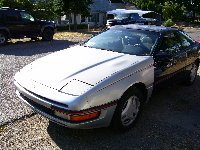 Just a quick catch up. Still working on the SAME socks. I had to rip them back a long way.
Was my hubbys Birthday this week.. so he stayed home several days.

Yesterday, Marshall's car was stolen..he only found out because we bitched him into coming over and working on his dining table which is almost done..pictures later this week..I promise.

But, the police found his car. They gave him the address and told him to go get it. When he and his dad went to get it....it was gone. We figured the Thief saw the Police and ditched the car in some forest or lake but no.. someone towed it. We didn't find out till evening when the place was closed! I'm not going to complain about the police. They probably had more pressing things then some kids car. He called the towing co.. just as they closed. We know it has fender damage. The one they just replaced after the accident. Sigh. I bet the door and/or the ignition are punched. I'm thinking that car needs to be Feng Sui'd or an Exorcist!! I still can't believe anyone stole it in the first place.......weren't there any crappier cars in the lot? Its just all to Surreal. 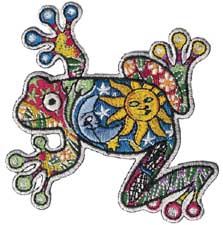 Anyway.. spinning night at Village Yarn and Tea tonight.. Yipeee and a baby shower for my friend Cynthia tomorrow. She's gonna pop next month. I'm sure she can hardly wait! Been a long difficult Pregnancy.
Posted by Anne Turner at 3:35 AM