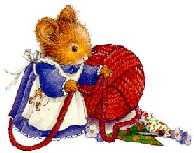 After being sick for a week. Yes, me too! I got busy and finished spinning potluck and grasshopper. Grasshopper is hanging to dry as I write this. Both are very different then I thought they would be. But, Very pretty. Easy to spin. Only 4 oz each. I'm now trying to think what to make with such small amounts. More Mittens? Another Cowl? Who knows.

I now have enough Kidsilk Night, in an off white, to make one of the sweaters from the Rowan mag/book. I also, bought 2 balls of pink Rowan Romance yarn to make a scarf..not sure why.

I finished the cowl of purple and green. Its a bit tighter then the others I've made but I like it. It weighs.......nothing!! For weighing nothing its really warm. Wore it to VYT on Thursday because it was raining and windy. I was toasty warm (especially my ears).

On the kid news.. Marshall has had one phone interview with Microsoft and is scheduled for a face to face on Monday. Trying not to get my hopes up. Who knew that some of the worse worry about your kids was after they were grown!

Jyll got straight A's at ITT. She starts actually drafting and using CADD next. I'm at a loss really. She says she doesn't draw. Never taken drafting. We shall see how this goes. She is Artistic so that may be enough. She also did well in Geometry which is a big plus. Fingers crossed.
Posted by Anne Turner at 8:59 AM